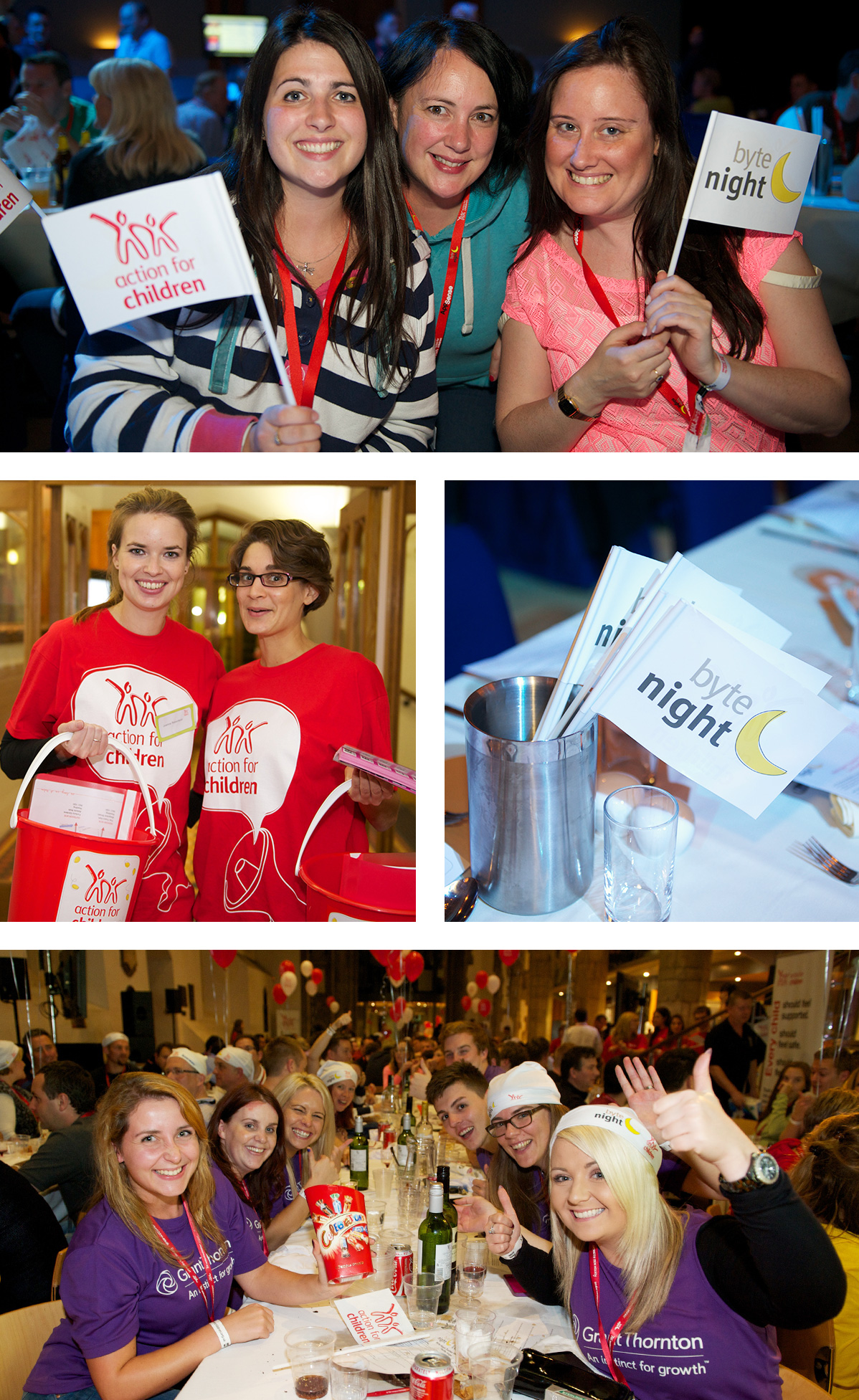 Event Photography for a Charity

Action for Children is a charity that supports and speaks out for the UK’s most vulnerable, disadvantaged and neglected children and young people.

For a number of years it has created a nationwide series of events to call for volunteers to ‘sleep out for just one night in October – the event is known as Byte Night. Byte Night is now the leading charity event for individuals and teams from the IT, technology and innovation sector and in 2013 they raised over £1million.

Sam volunteered to sleep out at the inaugural Byte Night Thames Valley (Reading) event in 2010, then again in 2011. Despite moving to London and missing 2012 she then offered to photograph the 2013 event as her contribution to the cause.

“Sam captured the evening perfectly – from the presentations, teams, volunteers and auction – the images show the details, the formal and the fun. Sam stayed until well after midnight and gave us and the volunteers many happy photo memories to share and enjoy…”  Helen Parsons, Action for Children

This website uses cookies to improve your experience while you navigate through the website. Out of these, the cookies that are categorized as necessary are stored on your browser as they are essential for the working of basic functionalities of the website. We also use third-party cookies that help us analyze and understand how you use this website. These cookies will be stored in your browser only with your consent. You also have the option to opt-out of these cookies. But opting out of some of these cookies may affect your browsing experience.
Necessary Always Enabled
Necessary cookies are absolutely essential for the website to function properly. This category only includes cookies that ensures basic functionalities and security features of the website. These cookies do not store any personal information.
Non-necessary
Any cookies that may not be particularly necessary for the website to function and is used specifically to collect user personal data via analytics, ads, other embedded contents are termed as non-necessary cookies. It is mandatory to procure user consent prior to running these cookies on your website.
SAVE & ACCEPT